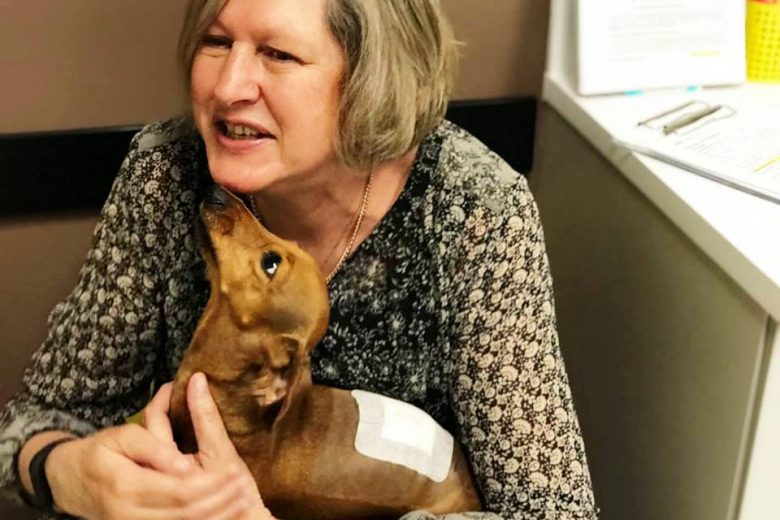 Chrissy Davis is a champion of Dachshunds and tirelessly dedicates herself to helping the significant proportion of the population that develop clinical intervertebral disc disease (IVDD). As President of Dachshund IVDD Support Australia (DISA) she is at the coalface promoting awareness of this debilitating condition which often requires surgery and intensive recovery periods.

Chrissy already bares the personal scars of IVDD with her beloved Denton going down five years ago, just after his eleventh birthday.

“Denton’s quick descent into IVDD forced me to learn a lot about this disease in a very quick time,” Chrissy said.

“It also prompted me to start DISA – I wanted to educate owners about the prevalence of IVDD and provide help to those who found themselves in a similar situation.”

As prepared as Chrissy thought she was for IVDD to happen again, when her Maggie recently experienced acute-onset hindlimb paralysis Chrissy embarked on a roller coaster of emotions and self doubt as she again faced the unthinkable. 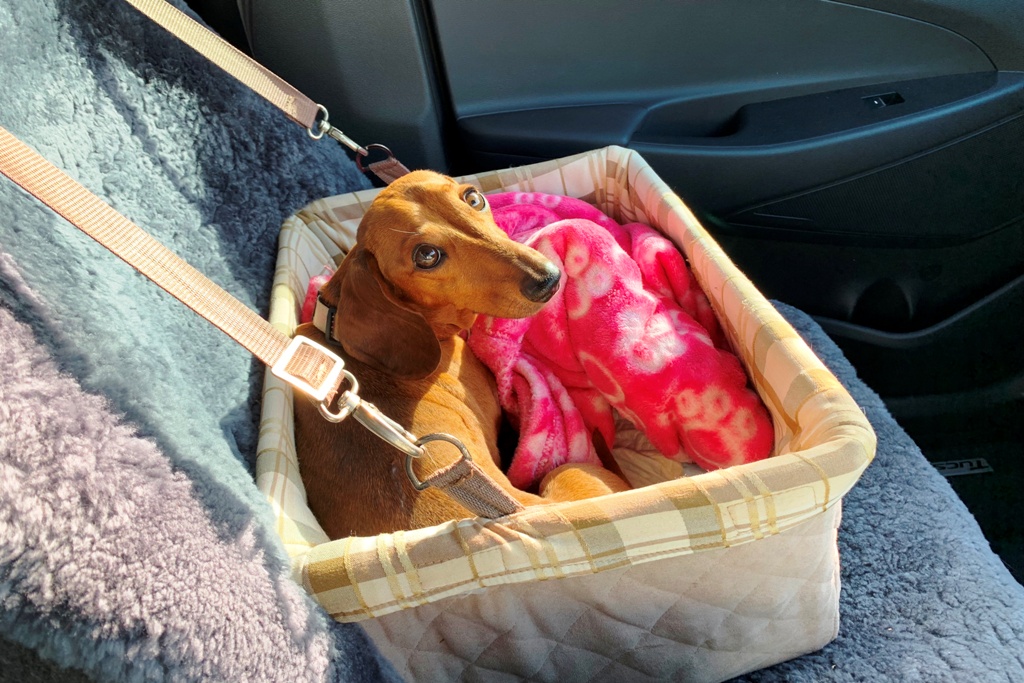 “My Maggie Bubbles, in front of my eyes, went down and couldn’t move. I rushed her to my local Sunshine Coast vet who then transferred her to Dr Lance Wilson at the Animal Referral Hospital in Brisbane,” Chrissy recalls.

“It was a blur of organisation and tension which I couldn’t have survived without the support of the Dachshund community. I had friends rushing to look after my other dog, talking to me all the way to hospital, meeting me at the hospital with hugs and tissues, and offering gentle support to convince me that I could do it again.

“It was difficult to hear Lance say that Maggie had no feeling in her back legs and tail, which put her at a grade V, the worst you can get, but deep down I think I already knew. He was very clear, Maggie was an emergency and we needed to move quickly to scans and likely surgery if she was to have a chance of walking again.”

A CT scan showed Maggie had intervertebral disc herniation leading to severe spinal cord compression and emergency surgery was performed late on a Wednesday evening in September 2018. Dr Lance was able to remove the herniated disc and although her spinal cord appeared bruised and swollen, the surgery was considered relatively straight-forward. 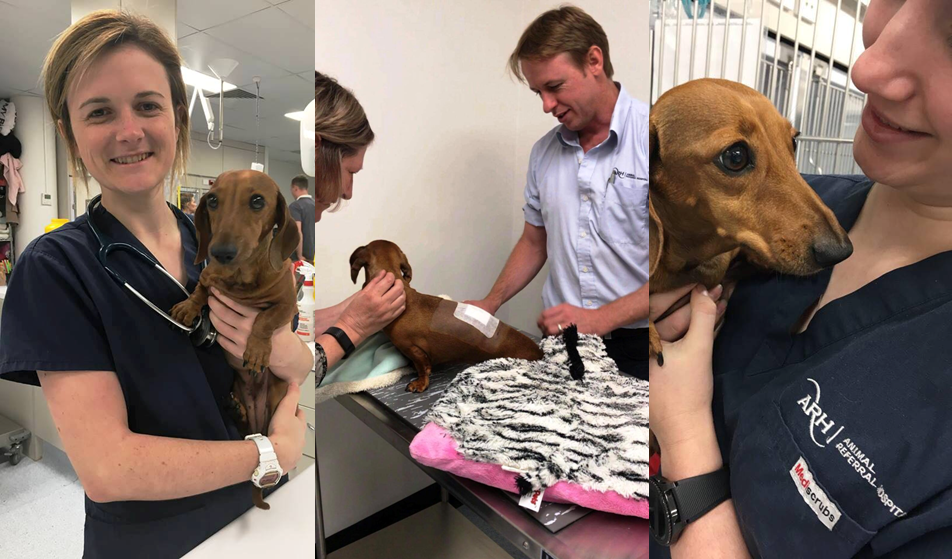 “Waiting for Lance’s call was agonising but the online support from fellow Dachshund owners got me through. It really is a very special community that definitely has your back when you need them.

“Lance rang straight after surgery and told me it had all gone as planned. He said I had given Maggie the best possible chance at a normal life and we now had to wait and see how she responded.

“In hospital, Maggie was closely monitored by Lance and the emergency team and they worked with her to try and get her up and moving. I held off visiting for four days to give her a chance to recover in peace. She was as happy to see me as I was her and I didn’t want to let her go.

“Eight days later I brought her home and by this stage she had strong movement in her back legs. Lance said she was doing better than he had hoped and I started to feel like things might just work out.”

What followed for Chrissy and Maggie was a strict eight week program of cage rest and physiotherapy. Maggie was restricted to her cage 24/7 and needed to be carried to the toilet multiple times a day. 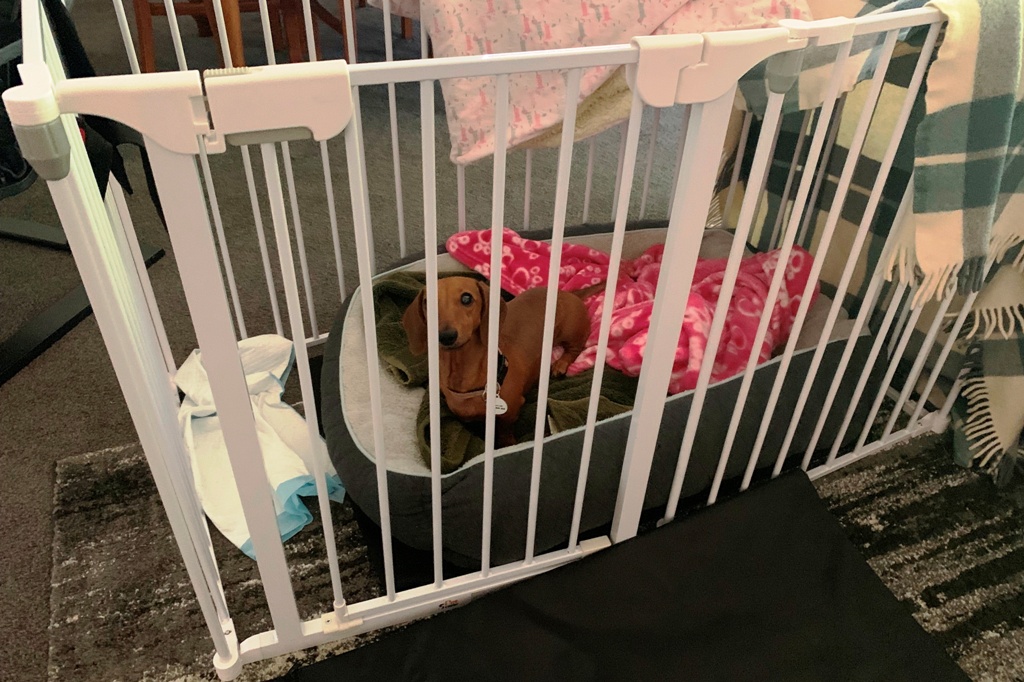 “It’s a tough gig however I knew I had to stay true to the cause… crate rest, crate rest and crate rest, that was the best way for her to heal. I was continually reminded of her tenacity and had to be incredibly strict with her, and myself, over this time.

“We saw a physiotherapist, Brooke at holistic animal physiotherapy, who continued working with Maggie, building her strength and getting her to use her muscles again.”

Maggie quickly inherited the name Bubbles not long after she joined Chrissy’s family due to the wriggly bum and tail that always came to life whenever anyone engaged with her… like a happy bubble.

“I’m thrilled to say that four months later that wriggly bum is back, and Maggie is doing exceptionally well.

“I’ve forgotten how many times over the last five years I have repeated to Dachshund owners that forewarned is forearmed. Although it was still shocking, I believe that knowing what I do about IVDD ultimately helped me through this difficult time,” Chrissy said. 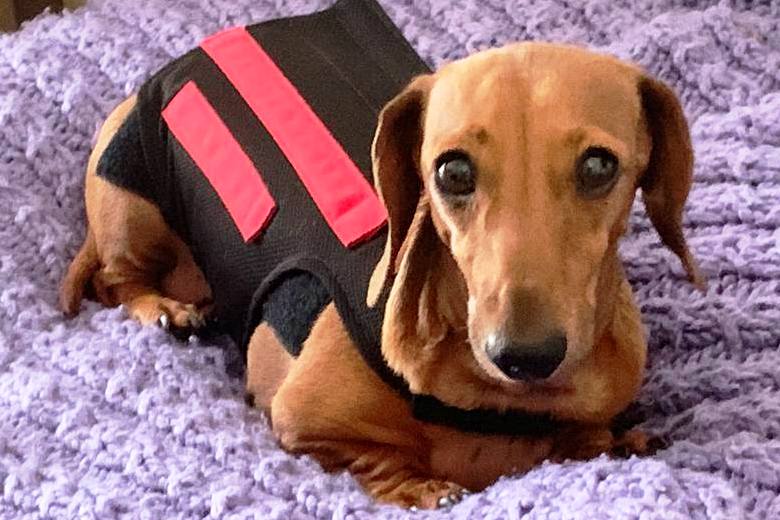 To find out more about DISA, visit https://www.ivdd.org.au/