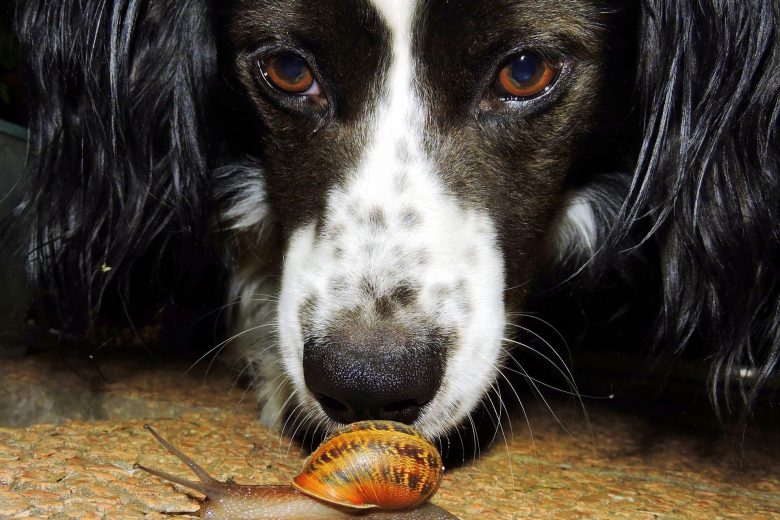 According to Brisbane doctors, rat lung worm is endemic in Australia’s tropical and warm areas, particularly in urban areas such as Brisbane and Sydney. This parasite lives in snails and slugs and can cause significant damage to pets and humans if ingested.

Slugs and snails ingest rat faeces containing the eggs of the rat lung worm. The worms partially develop into larval forms and are then ingested by unsuspecting dogs or humans (often children). 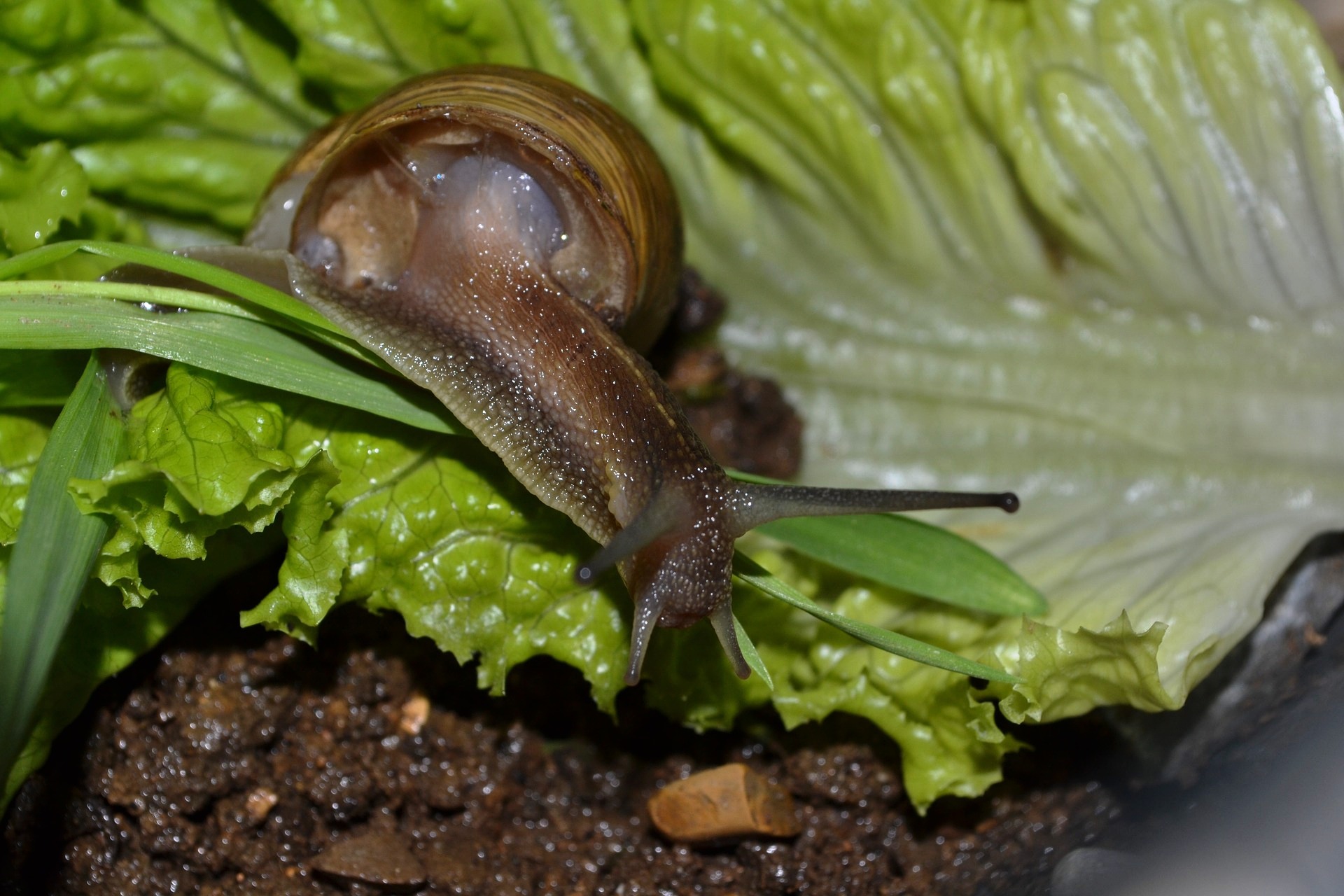 The larvae migrate from the gastrointestinal tract to the spinal cord in dogs and humans, causing pain, swelling and inflammation. The larvae cannot develop into their adult form in animals other than the rat, so eventually die off, but can cause significant damage in the process.

A recent paper published in the Journal of Paediatrics and Public Health suggests that rat lung worm is probably much more common than realised because of a low level of its awareness among medical practitioners, difficulty of its diagnosis and the likelihood that most cases are mild or subclinical. They call on the need for greater awareness campaigns, both for medical professionals and parents.

This little parasite is one of the reasons we need to wash our fruit and veggies properly, especially our lettuce. Dogs (and children) can also ingest slugs, snails or their mucous while playing in the backyard. Keeping vegetable gardens sectioned off and dog bowls regularly cleaned is important. Early detection is key, so it’s important to be on the look-out for the following symptoms. 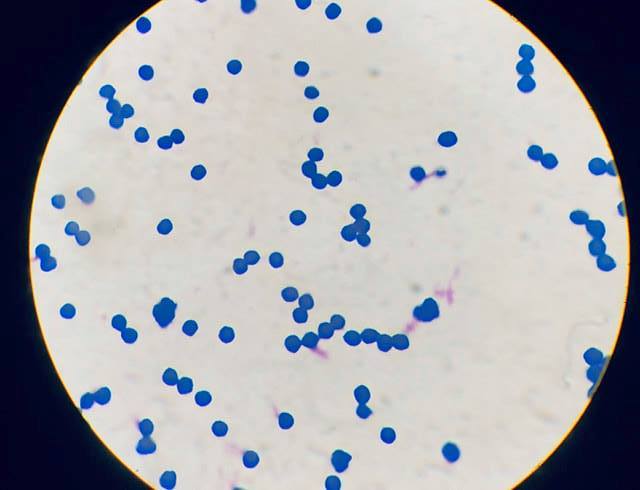 Rat lung worm can be tricky to diagnose, however, symptoms in dogs may include:

Poppy is a four month old Staffordshire Bull Terrier puppy who visited her regular vet with a mild temperature, pain in her back and a reluctance to get up or walk. She was referred to our medicine specialist, Dr Emily Cook, who did further tests including a spinal tap and found Poppy had ingested the Angiostrongylus cantonensis parasite, known as rat lung worm. 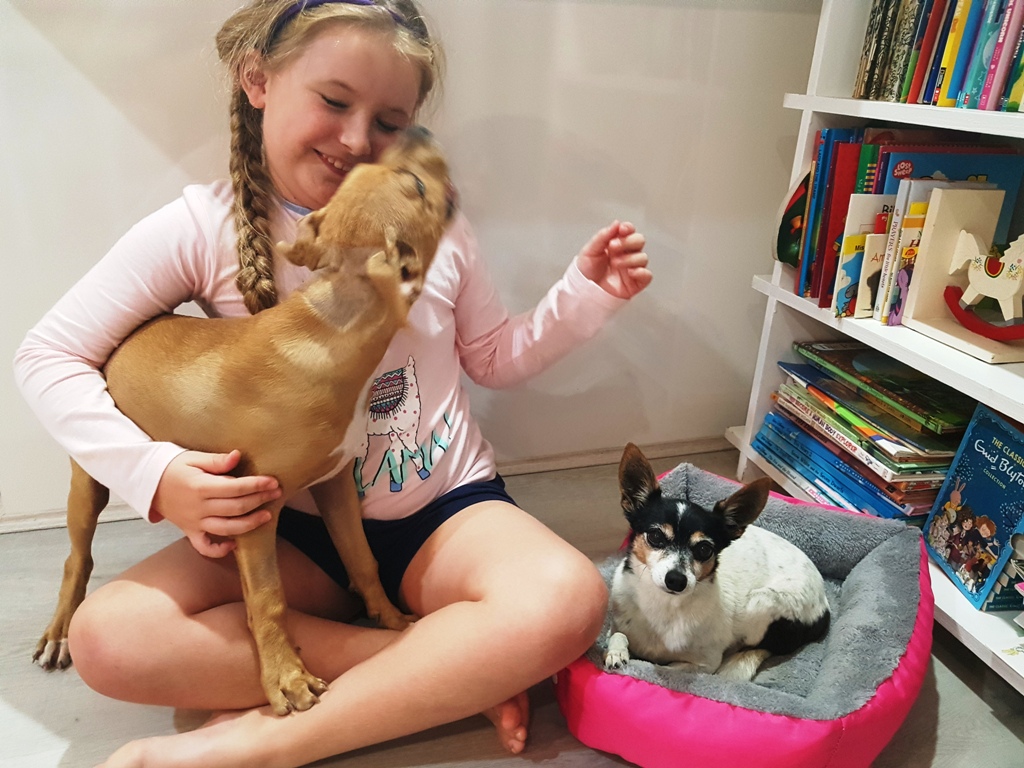 Poppy was started on steroid medication to reduce the swelling caused by the migrating larvae and she will remain on these for up to three months.

Her owners report that Poppy is responding well to her medication and is happy and energetic again.

She will be closely monitored by her regular vet while we slowly reduce her steroid medication. Thankfully many dogs make a full recovery, particularly when the parasite is found early, as in Poppy’s case. 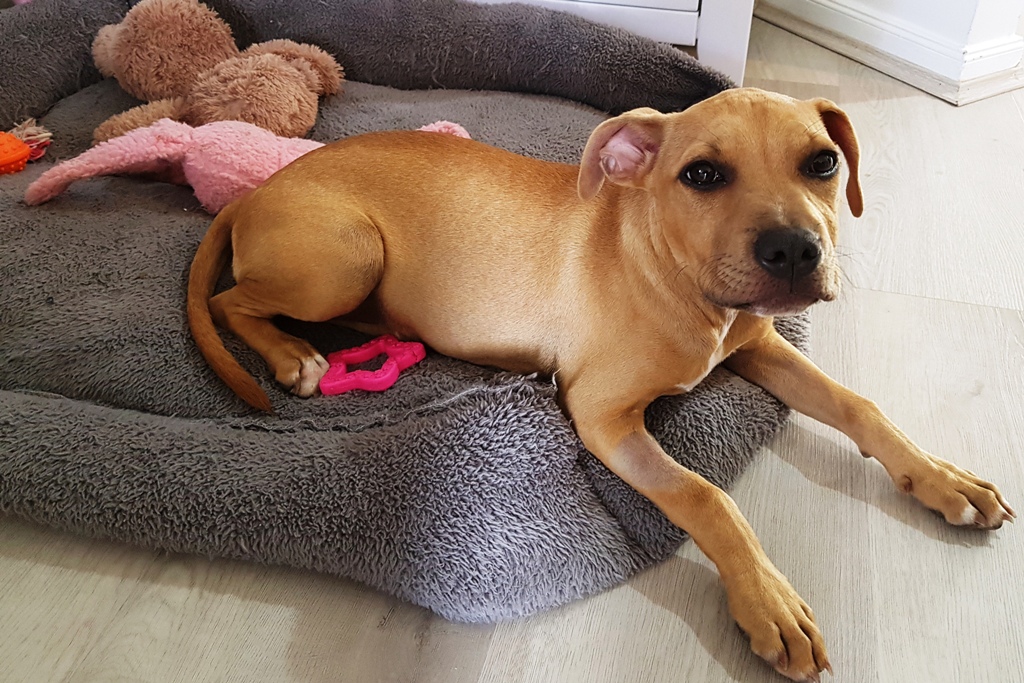